Finally, my post on La Corrida de los Toros (The Running of the Bulls/Bullfighting)!

A few weekends ago, three of my friends and I decided to check off another "Spain Bucket-List" activity and headed to a bullfight. 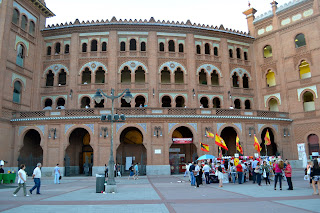 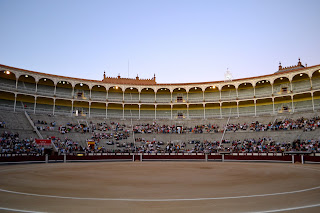 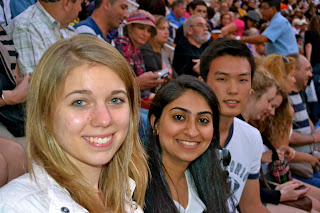 For those of you not familiar with the sport, bullfighting is a tradition in Spain in which several bulls are enticed into a bullring to "fight" with matadors.  The tradition goes back to prehistoric bull workship and sacrifice.  Spanish-style bullfighting is called la corrida de toros (running of the bulls).  In a traditional corrida, there are three matadors.  Each matador has six assistants--two picadores (lancers on horseback), three banderilleros, and a mozo de espadas (sword page).  The whole event lasts about 2 hours with the sacrifice of six bulls in total. 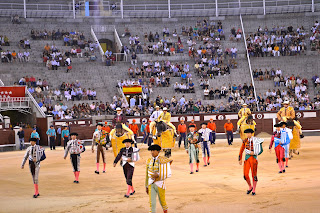 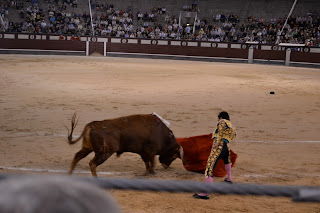 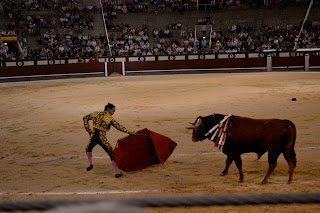 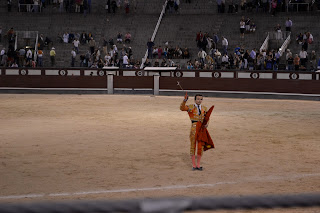 Of course, there is a lot of controversy surrounding this ritual.  I will admit that the first sacrifice was difficult to watch.  I was unable to understand the significance of the sacrifice and the bueaty in the tradition.  But, as I continued to watch I developed an appreciation for the art behind it.  To me, it was as thought the matador and the bull were partaking in a dance--a dance in which the matador seduced the bull to his triumphant end. 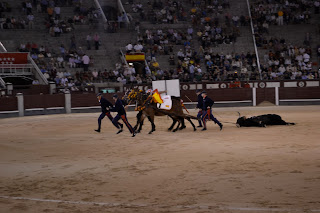 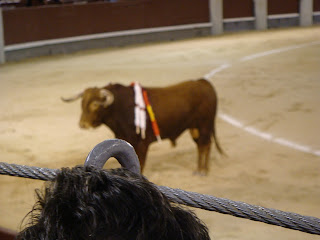 I could go on and on about my many thoughts regarding this experience, but that would be boring and perhaps a bit too tendentious.  Instead, I will simply say that I am glad to have experienced a bullfight; it is a part of the Spanish culture that I felt was important to be exposed to.

But what about you; what are your thoughts on bullfighting? Are you against the sacrifice of animales for sport? Do you see this as a form of animal abuse?

Nut Butter Lover
Hi Everyone! My name's Cindy and I'm a student living in New York City! I'm trying to lead a happy, healthy, and balanced lifestyle while enjoying some of life's greatest indulgences--like nut butters!